Normally, I don’t load posts with lots of pictures, but November 4th isn’t a normal day for us. In the Welschie house, November 4th is officially known as Raegan Leigh Day. And how is it even possible that it is the third – third! – time we are celebrating the day, the birth, of this sweet baby girl (who, incidentally, corrects me daily when I call her this. She is a big sister, not a baby, thankyouverymuch!)? However, since it is, I present to you some of my favorite photos from the last few months prior to Miss Raegan turning, in her word, Phwee: 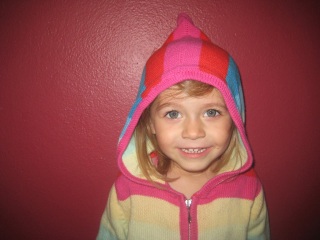 Those. Big. Eyes! They get me and pretty much everyone else around her every. single. time! 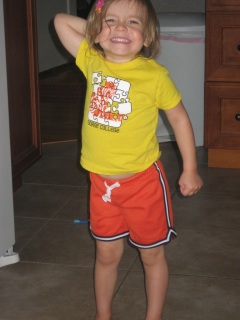 I kid you not, this is RL wearing LT’s size 12 mo. t-shirt and shorts.
In September. Of this year! So funny and sooooo
proud of herself.

If you ask me, Raegan is clearly ready to backpack through Africa. She’s
already figured out how to carry two bag at once! 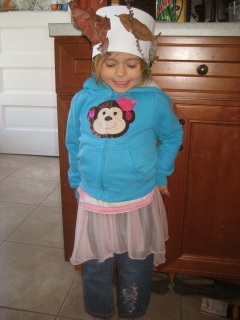 The mind of an almost-three-yr-old is fascinating, as is the fashion sense.
The whole leotard with a skirt over jeans and under a monkey hoodie,
all while wearing a Leaf Crown look is priceless.

She claimed, on Halloween, that this was her angry face. I, however, beg to differ. As the second time around mama of an almost Phwee, I know quite well what her angry face looks like. As much as she’s still my sweet, sweet baby (oops, there’s that word again), she’s also got a classic three-yr-old’s temperament and temper. Thankfully, because this is my second time around, I’m much more skilled at responding to her moments with a calm, “Goodness, it’s hard to be almost three” which allows her to have said moment(s) and then we move on….typically to goofiness such as this:

So yes, three is adorable and ornery and an overall roller coaster. Or rather, almost three has been and I don’t really expect any less from actual phwee, but I am so blessed, so honored to be on this ride as Raegan’s mama. May her smile and her eyes and her heart and her mind always remain as bright and open as they are right now. And correct away as I say it again – Love you, Baby Girl! Happiest of Happies of Birthdays!