We can now count on less than one hand how many days remain in the school year, HD’s first year of full days that has been both eternally long and freaky fast.

I say freaky fast because 1) I love me some Jimmy John’s and 2) where did this year go? How on earth do I have an almost first grader who is almost seven?!

I say eternally long because whoa. I don’t feel like our not-so-little family has been able to really catch a breath since Sweet Trumy joined us in September. Rather it has been an eight-month hold on waiting for Ben to finish the school year so we can all be together (and he can help me with all these little people we have made together!).

It has also been eight months of going nowhere. Not in a growth sense but in a literal, I have not gone anywhere unless absolutely necessary since Truman’s arrival. And necessary pretty much means the chiropractor and to pick up Harrison after school – otherwise, nowhere, thanks in part to the awesomeness of our friends who have taken HD to school every morning and my amazing hubster who did all the back and forth with Raegan’s preschool schedule this year.

MOPS, playdates, walks – all of it got put on the back burner this year as we adjusted to life as six. How perfect, right? My little bear earned us an entire school year of hibernation tendencies because if there is one thing I protect for my babies, it is their nap schedule! But thanks, again,  to the awesomeness of my people, this does not mean I have spent the last eight months in total isolation. If anything, I have been loved on in the best way possible by my people coming to me.

All year long I have had semi-regular visits/coffee dates from friends who have come to see (and caffeinate) me and who have helped out with my kiddos when I needed to get away to HD or RL’s schools for a special event. Grandparents have helped too, when they could, which is also super, especially since none of them actually live here! So even though it has been a long year, it has not been a lonely one, and for that I am most grateful.

I am also grateful that early outs are done as today was the last Wednesday of the school year. These things are a killer for anyone with a kid at home who still naps (which is half my kid population). Some weeks I’ve had a sitter come just so I wouldn’t have to wake Truman and some he’s already up by 2:30 anyway so sometimes it has been a nonissue. But wouldn’t you know it that today, on the last one, he was still so sound asleep when it was time to go that my waking and loading him caused him to freak out at me: 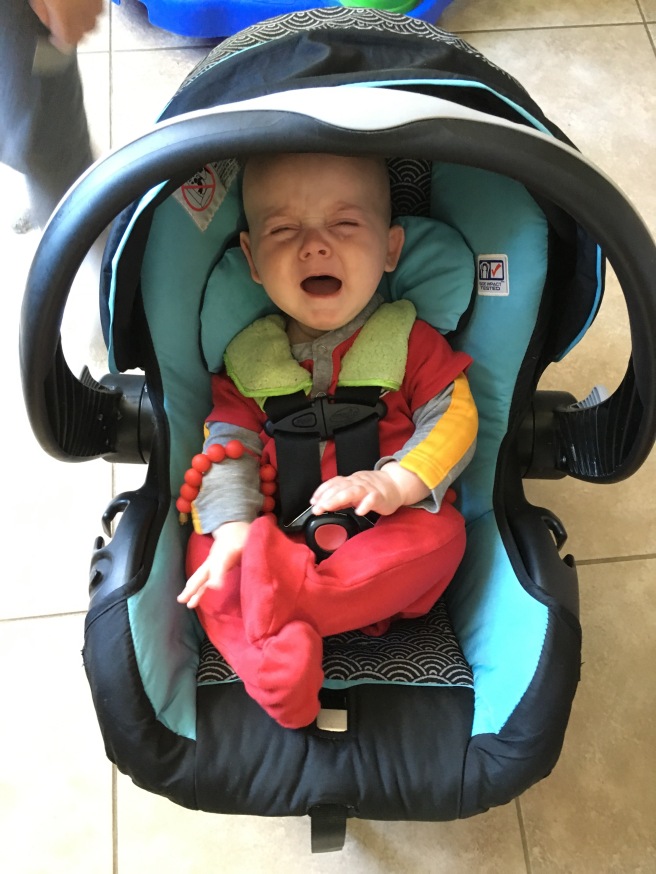 I feel ya, little buddy. I get just as upset (on the inside) when my naps get interrupted, too (which is pretty much always)!!

But since it is the last early out day and Daddy’s off at one of his last after school meetings for the year (thank goodness!), we celebrated by making chocolate chip cookies. And by we I mean, I did all of it minus letting the kids dump in the dry ingredients/chocolate chips (in three varieties because that is what I had in the cupboard). Even though I didn’t have my mom’s special secret ingredient (darn in), they still turned out super good. See previous note about three kinds of chocolate chips – that plus a little extra vanilla can’t hurt, right??

And since the sun in out, we shall eat cookies and play outside and be so glad that summer (and eventually the end of our TJ Hibernation) is just around the corner!! 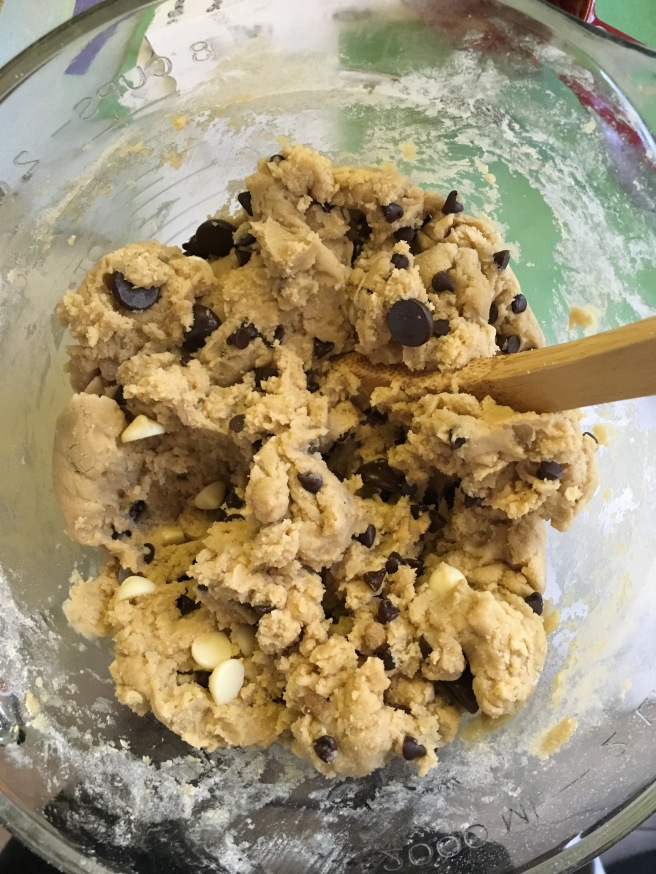