If you’ve been keeping up with the FB posts here lately, you’ll know that our Crazy May has indeed continued the last few days with RL taking another turn for the sickies Friday night (and then being totally OUT of it all day Saturday) and then Truman following suit (in the messiest way possible) late Saturday afternoon, resulting in more couch “sleeping” and So. MUCH. Laundry!

In the midst of all this chaos I realized I dropped the ball last week on Teacher Appreciation gifts (and also Mother’s Day cards, because adulting is hard), so the kids are taking them this week instead. 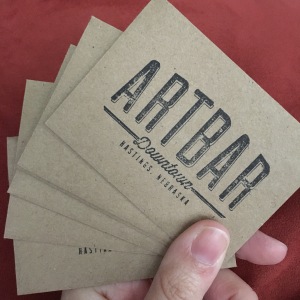 Now I know in the past I’ve done “crafty” TA gifts because I’ve written posts about them (as if someone might pin them – *snort*) but clearly that’s just not happening in our world right now, so instead, a little truth for you. This year I went the “support local businesses” route instead, buying gift cards for teacher gifts (for coffee/alcohol, depending on their preferences – lol) and, a first, store bought (but still local!) cookies to share after LT’s preschool program.

Do I feel bad about this? Not at all. It’s what we could do and no one wants anything coming directly out of my house right now, anyway, so it’s all for the greater good. 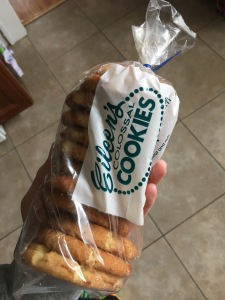 Also for the greater good? Actually expressing gratitude (that gets hard when you’re low on sleep and immune systems), and by this I mean: writing thank yous.

Now. Writing thank yous is something my mom made us do always when we were growing up. I know I sometimes drug my feet a bit on it, but I’m pretty sure I always did them and the habit has stuck with me. I continue to send thank yous because I think they matter and I think they help us focus on the good in our life (and I don’t believe thank yous are just for responses to gifts, an idea that is supported by this book which is a great read), and I want my kids to do the same.

Writing thank yous is clearly nothing new in this house, but this weekend you would have thought I threw the biggest curve ball EVER when I asked the boys to do theirs to accompany their Teacher Appreciation gifts (RL was still convalescing and she wrote a thank you note of her own volition on Friday for a friend, so she’s clearly not part of this).

For the record, I was age-appropriate in my asking. HD was asked to write his in entirety and LT was asked just to sign his.

To protect the not-so-innocent, I won’t go into detail about what ensued, but it was ridiculous and long-lasting enough to frustrate even the utmost of patient parents (which I doubt we were given the lack of sleep and abundance of sickies in our house this week).

Eventualllllllllllly, they got their acts together and completed the tasks (and yes, HD wrote the perfectly lovely note I knew he was capable of doing). It’s not that they don’t appreciate and like their teachers; they just didn’t like and appreciate me telling them to tell them. And I get it. Forcing them to do thank yous creates one more power struggle here at home, but dang if it isn’t one that I’m going to keep after because I do want them to give thanks (preferably with a more grateful heart, but we’ll get there). I want them to know how to look around and see all that is being provided for them and to be able to express gratitude for it because those are valuable tools (and gifts).

Eventually we will find a way to remove the struggle from our thanks giving, which as you can see, RL has down in the best new-writer fashion: 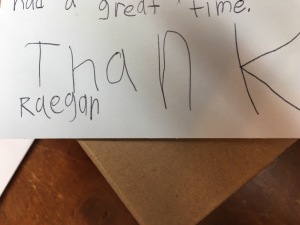 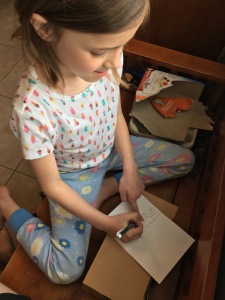