Just like any blog post right now, it feels a little strange to document something with that title, as if it were a totally rare occurrence, except that lately, it sort of feels like a full day of a good day really really has been few and far between for us. I actually can’t put my finger on what would have been the last one during or even before Quarantine Life started that could be given the same title. Instead we’ve been clinging to what my therapist calls “Glimmer Moments” – little bits and pieces of good that are always mixed in, even on the hardest and longest of days.

But today was indeed a Good Day.

The weather was perfect – warm sun, cool breeze, big puffy clouds floating across the sky.  (I mean, it IS April 25th, so….)

The agenda was different than normal but still turned out OK. 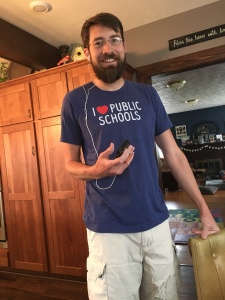 Ben spent the whole morning on a Zoom meeting for his statewide education association but was able to just listen to the content and didn’t have to be parked in a chair in front of the computer for the whole thing. During that time the kids and I hung out, working on Lego building and book reading to the littlest two

(we’ve been slacking on keeping track of their 1,000 books before Kindergarten lists, so we’re trying to start that up again), and I even managed to get the dishes done which is always nice when it happens before evening time.

After lunch the baby went down for a nap and Ben took the Bigs for a (socially distanced, don’t worry) excursion while I stayed to work on some projects I’ve been meaning to do but haven’t gotten to yet. One was simply putting the handwritten lyrics to a favorite song in a frame, but the other was a COVID-specific project that we can use as a keepsake for this crazy and uncertain time (because even though we don’t know when, we’re still hanging on to hope that life will return to normal, which will make this a reminder of The During once we finally get to be in The After). It felt so good to sit and work on these things and I was reminded of how meditative creating can be. 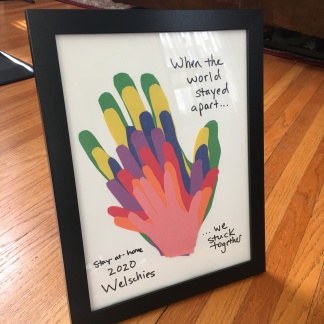 From there we headed out to Prairie Loft for our second Exploration Reservation (local and local-ish friends, you should really check it out – such a fantastic way to spend up to two hours out in nature) of the month and once again, we loved it and it nourished our souls.

This time we went straight for the downed trees so the kids could climb, but then we quickly moved on to walking a ton of ground that we didn’t set foot on last time. We

found a bunch more trees to investigate (including some insanely thorned ones that just blew my mind, so much so that I forgot to get a picture of them), and the kids had a blast getting up, in, and on every one they could. Even Mama got in on the in-tree fun!

As we walked through the grass, keeping an eye out for little trees, pokey weeds, holes, and snakes, we got a chance to talk and question and just be. Again, I think we’ve realized that it is so soul-filling to be able to be together by ourselves but away from our house, and we are so lucky to have this so close to home.

Along the way, we took a ton of pictures and I took some quick notes of memorable quotes because even before the kids said it, I was already thinking, this is SUCH a great day. And what a gift it is to have one of those as we continue to chug along in this great unknown.

“We an outdoor exploring family!”

“I’m having one of those emotional moments like you see on reality television!” (LOL! That one was maybe the best!) 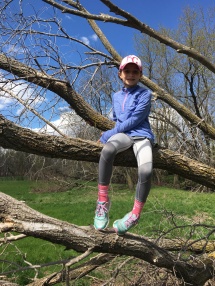 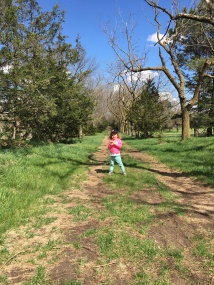 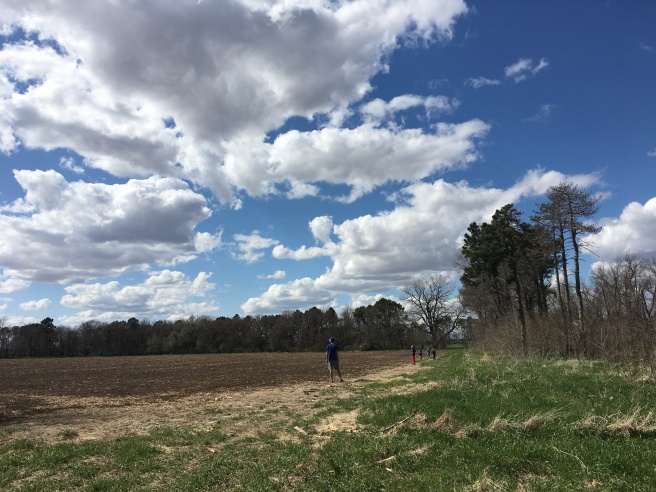 We ended our time playing in their “yard” area and hunting for four-leaf clovers, which HD managed to find lickety-split. RL and LT found a four and five, too, so seriously – we were on a roll! 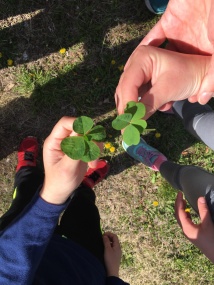 From here it will be tacos for supper, bath and bedtime for the kids, some Hard Booch for the parentals, and then a continuation of our Parks and Recreation marathon because just like creating and getting away, Leslie Knope is one of the best things for my heart and soul these days.

Sending you all lots of love and wishes for glimmer moments, and hopefully even a Good Day, while you’re at it. 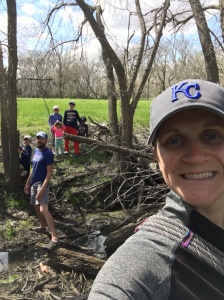 3 thoughts on “Today was a Good Day”