I was fortunate enough to know all of my grandparents until my adulthood. I was also lucky enough for three of them to get to meet my husband and two of them to meet our children (all but Wilson, that is). It is possible I could write a full book about each one of my grandparents, but I’ll do what I can, instead, to speak to the four of them in this one short piece.

Growing up, my dad’s parents were geographically closest to us. My dad farmed with his dad and uncle (who was like a bonus 5th grandparent to my brother and I) so it makes sense that we saw them all the time. Grandma and Grandpa Moore babysat for us a lot either while our parents were busy with work or dealing with the fields or livestock but also routinely on Saturday nights when Mom and Dad were active in their weekly bowling league in town. We’d fall asleep on the couch after being fed supper and playing games or Nintendo and maybe watching some TV, or in my case, rearranging my grandma’s kitchen cupboards because, no joke, I loved to do that and Grandma Gert loved to let me, odd little duck that I was with that.

Grandpa Tim (also called Timmy but real name Donald, which I didn’t know until I was at least eight or nine years old and was snooping on his desk and wondering who the heck the letters addressed to Donald were for) sometimes had to be our stand-in ride from school, especially if we got sick or a parent couldn’t be the one to come get us. I remember him always having both a can of Skol and a pack of Trident gum in his pickup but can’t remember now how long it was before he quit chewing altogether. He never gave up coffee, though, which he would drink in our kitchen with my dad and my Great Uncle Bill as they shot the breeze, played the “Pin” game (grabbing someone’s shirt and saying “Pin!” first) and discussed politics, farming, and, of course, the weather. Grandpa had some health scares shortly before my wedding and I remember being so worried that he wouldn’t be able to attend, so having him there that day was extra special to me. Although his twin brother Bill (often called Willy – you’ll notice a big trend of nicknames for this generation in this post that I now see greatly mirrors the nicknames we use for our own children) got to meet baby Harrison, Timmy never got that chance.

Grandma Gert was a night nurse for as long as I could remember so her schedule was more hit and miss but she loved to have us over to spend time together and play both in the farm house (I remember all three of their houses so well) and on the grounds. She “hid” candy in her pantry but I always knew just where to find the stash of Twix bars and other various goodies that always seemed to be on hand. As we got older, she kept working well past the age of the retirement, I think in part just so she could have mad money to give the grandkids when they came by to visit. I loved going to sit with them and chat at the dining room table, just like “the boys” used to with my dad at our kitchen island, and almost every time, Grandma would pull on my sleeve or beckon me away from the table at some point to ask me if I needed some gas money to get back to school while shoving a handful of $20 bills in my hand. Gertie met all four of my oldest kids and loved getting to see them each time we visited SoDak over the years.

My mom’s folks lived about 3.5 hours away from us in Pierre, SD, which is roughly the distance my own parents lived from their grandkids until my mom bought a house here after Wilson’s birth. Beyond holiday visits, we saw the Jansen grandparents the most during the summer when my school-teaching mom was off and could take us up to spend time on the Missouri River which was basically synonymous with my Grandpa Cliff who loved to boat and fish on it. Similar to the Moore’s houses, I could write in length about the Jansen home and its location in Pierre which was just above Hilger’s Gulch (but we called it The Gully), a favorite walking, sledding, and night-worm hunting spot of ours over the years.

Grandpa Cliff was always coming up with new ways to entertain the grandkids on and off the water/beach, including everything from a boat-cushion-turned-stair-toboggan to a ski-rope-turned-tree-trapeze which, in hindsight, probably gave his own children plenty of near heartaches as they watched us fling ourselves about under his watch. Cliffy loved to play cards which he often did with both a cigarette and a Budweiser in hand. To this day, I catch a whiff of tobacco sometimes that reminds me of him although I couldn’t tell you his preferred brand of smokes. He loved honkey tonk, old school country music, and would dance with us in the finished basement of their house that we played endless games of hide and seek in as kids – poker, too. Clifford got to meet four of my five kids and his spirit seems to live on in Truman who is blue-eyed, ornery, and shirt-adverse, just like Grandpa always was. I, too, carry Cliff with me as his middle name, Raymond, became mine, Rae (and later informed the spelling of Raegan’s first name).

Grandma Orph was the one I got the least amount of time with, as she died when I was just a sophomore in college. I remember so much about her from her clothes to what it felt like to squish up next to her to read a story as a kid or go for a walk through The Gully on a breezy SoDak day. I also remember the exasperation in her voice when she would say, “Oh, Cliff!” which she had plenty of cause to do over the years. I would have loved to have had her at my wedding or for her to have met any of my children, as it was the family she birthed that I was trying to copy (with a sister and a brother for each kid; it just took us five instead of four tries to make that happen). It’s hard to believe that Orpha’s been gone half my life and that we never got to discuss motherhood together as I think my own spirit emulates hers a lot and it would be such a gift to have one of those conversations with her now. Knowing she was a journal keeper also feels so familiar to myself and I wonder how much of her lives on in me with this very act of writing that I cherish so much. 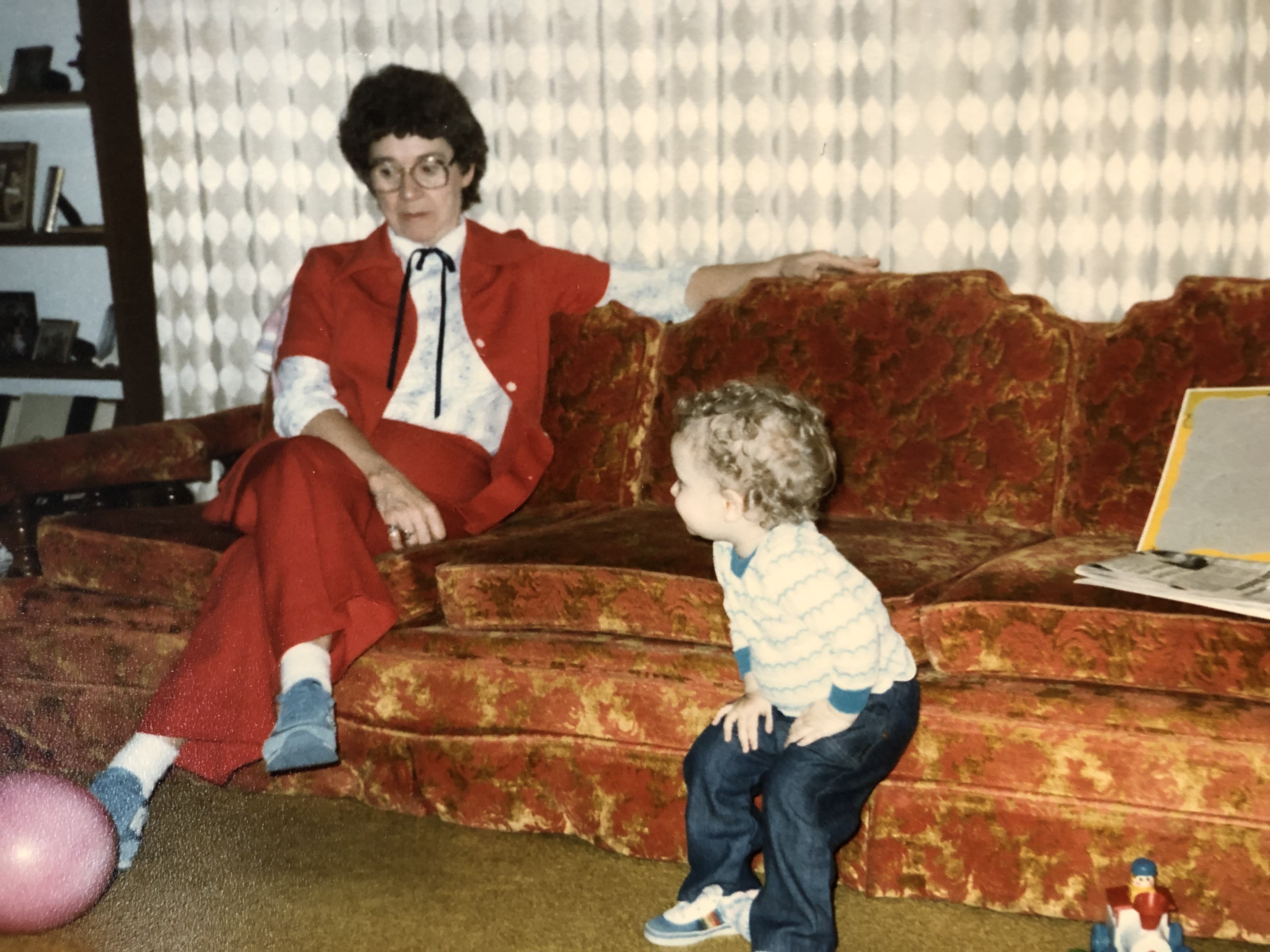 Although it’s been almost four years since I lost my last two grandparents, I still maintain the luck I had to be their first-born grandkid (yep; both sides!) and to know them all as well as I did for as long as I did. Not many people can say such a thing and I know each one of them has informed who I am as a person in this world.