Bless it, my friends, we are finally home! I apologize if we were a little mum and sneaky during our last 24 hours at the hospital, but things started coming at us quickly, and we were just happy to comply and get the heck out of there as quickly as we could once that ball started rolling!

It began Wednesday afternoon with the Charge Nurse coming to tell us we could move into the Transition Room that afternoon. This is the before-home room that has its own door and bathroom (um! Hello and thank you!!) and a place for two people to sleep (due to other rules on the Unit, the other two nights we slept at the hospital with Willa actually meant me sleeping on a pull-out chairbed (that was acquired only by giving up my rocking chair) and Ben sleeping on the bench/couch thing in the waiting room. Nooooot exactly ideal). So we booked it over to the Rainbow House were we quickly packed up our stuff and checked out of there so we could spend the final two nights in the TR instead. The Rainbow House has a waiting list right now, so we were very happy to give up our spot for some other family in need of close lodging, and a couple nights early, to boot.

It surprised us how different the new room felt and we spent the rest of Wednesday evening getting semi-settled and ready to get Wilson through another night of feeds because we REALLY needed her to show a weight gain by 7:00a Thursday morning as this was the one thing the doc was really looking for after letting her go ad lib on nursing Wednesday. For our sanity’s sake, we kept up with the before/after weights on each feeding because the last thing we wanted was a surprise (in a bad way) Thursday morning!

True to #WonderWilson form, Baby Girl rocked it and even added an extra feeding in there, making her 7-7 total for her first day with no NG supplementation a whopping 94% intake via the breast. Amazing (& as a friend pointed out, good dang thing I have a lot of dang milk!)!!

We saw her doctor in the hall Thursday morning and gave him the good news (she did indeed gain by her official weigh time Wednesday night) and then while we were eating breakfast in the waiting room, our nurse came by to tell us that she’d heard a rumor we might be going home that day instead of Friday.

As you might imagine, our hearts leapt at this and we got

right to it with sending out all the hopes and wishes and prayers that that might actually happen, which we found out less than two hours later was very much indeed the case!

Because Willa showed so much progress and aptitude for feeding these last few days, and everything else had been cleared and done, they saw no need to keep her for one more day/night just to prove she could go home. So pack we did and by noon Thursday we were officially in our van, driving away from Children’s for Wilson’s very first car ride. HOME. 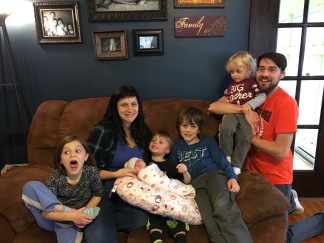 From here, we know we enter a new period of chaos. Of course it is a much better, more familiar kind of chaos, but we still have a lot of adjustment to do as a not-so-little family. Not only do we have to recover and regroup after three weeks of crazy separation, we have to do the typical “Hi! There’s a new person in our house!” stuff which can be interesting even without such a wild, disjointed start.

To be perfectly honest, we’re probably going to hunker down a bit, and we hope you’ll understand if we’re not really out and about or big on visits right now. It’s not that we don’t want you to meet our Sweet Wonder Girl – we very much do – but we also want to stay mindful of many things right now including Cold & Flu season (our doctor flat out told us to avoid crowds and playing “pass the baby” anywhere) as well as the fact that we’re probably going to need about as many weeks as we had at the hospital here at home before we really feel settled. And while we’re flying high on adrenaline and love right now, I’ll warn you that there may be days when I flat out can’t talk about it because the whole thing has been surreal and it is going to take time to process before I can maybe have normal conversations about it all. Please don’t take it personally if I 1) burst into tears and/or 2) change the subject on you the next time I see you!

Please also know that I will continue to post updates and pictures for you and that we appreciate so very much all of your continued support up to and beyond this point in Willa’s story. You all stepped up to help and provide and love on us when we needed it the most and even though it took longer to get home than we hoped, we know you all helped us get here as smoothly and quickly as possible.

And a huge shout out and thank you for understanding as we give Wilson and all the Bigs (and ourselves) time, space, and grace on this much-anticipated, much-appreciated time of re-entry. Besides trying to acclimate back to our own house, we’re trying to do as much of this (line-free snuggles) as possible: 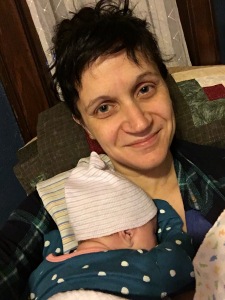